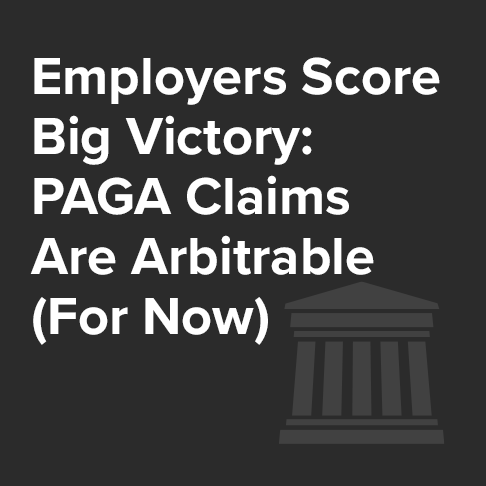 Ten years ago, the U.S. Supreme Court held that state laws restricting claimants from agreeing to arbitrate claims individually and waive arbitration on a class basis were preempted by the Federal Arbitration Act (FAA). Several years later, the California Supreme Court decided that CA Private Attorney General Act (PAGA) representative actions are fundamentally different from class actions and fall outside the reach of the U.S. Supreme Court’s decision. In a PAGA action, a claimant pursues penalties for CA Labor Code violations as an agent of the State and splits any recovery 75% to the State and 25% to claimant and other aggrieved employees. The U.S. Supreme Court’s June 2022 decision in Viking River Cruises v. Moriana closed this significant loophole for the time being and held that the claimant’s arbitration agreement covering PAGA claims is enforceable to compel the claimant to arbitrate their individual PAGA claim. Notwithstanding this decision, we anticipate the California Legislature may attempt to circumvent the Viking River Cruises decision by amending PAGA to allow representative action in court notwithstanding an arbitration agreement covering the claimant’s individual PAGA violation.